With a little help… 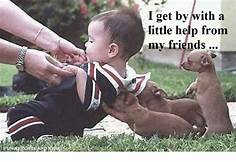 While writing the previous series of blogs, I had an idea that I wanted to share with writers, and everyone else. In that series, I had mentioned some assistance I received on the novel Zeta from an author friend and it got me to thinking about all the assistance I’ve received from people whether they knew they were being helpful.

Mike Van Netta (author of Leo’s Birds, which you can purchase if you visit Nearwood Winery south of Knoxville) is a doctor and moderator of the Marion County Writers Workshop which meets every Thursday at the winery. (Okay, technically not the moderator. That job fell to yours truly back in November. And not by choice, either. Ask me about it, I’ll tell you the story.) Whenever I have medical questions, I go to him. He’s helped me on several scenes and has corrected one or two mistakes. The good thing about him is he gives a lot of information, not just the basics. Which is a good thing, because it helps me filter through the information and not take the first idea that pops into my head. For instance, in Zeta, there is a scene where Darren helps a woman give birth. (I know, you’re saying, “Whoa! What? Tell me it’s not Mallory.” Uh, no. Just wait, you’ll see.). When I wrote the original plain Jane first draft of the scene, I knew it was going to be rewritten, but I wanted to get down the basic idea and some of the dialogue. After talking with Mike, I changed a major part of the scene and with a suggestion, made it stronger.

Other friends have helped strengthen my stories. I mentioned in the Origin blogs how a group of women told me the names of two of my male characters needed to be changed to reflect more masculinity. Thus, Jamie and Laurel became Darren and Lawrence.

Anther writer friend, Katherine (not her real name but I’m sure she would prefer the penname here), often told stories of her grandmother and how brazen she was when speaking. I enjoyed those tales enough to include a similar character in a scene in Delta (watch for it coming soon to an Amazon listing near you).

Years ago, at a critique group, an author described an incident involving her aunt and water balloons. That was put into a story, though at the moment, I couldn’t tell you which one.

I’ve mentioned in interviews how I enjoy doing research for stories, visiting sites where scenes will take place. Often my original idea will change to something much better by seeing someplace in person. You can’t get the same perspective from the street view on Google Maps as you can by being there. As many authors will conceive of stories from newspaper headlines (I have a small newspaper clipping I’ve kept regarding a humorous police call that I want to use as a scene), don’t underestimate the benefits of listening to people talk. I’m sure I could jot down loads of ideas from passenger conversations while driving Uber. Surreptitiously eavesdrop on restaurant conversations or those you hear on the street or in the mall, or at family reunions. Listen to the advice from friends and seek out those who know about the subject matter in your story.

Who knows what the end result will be?

(By the way, ‘end result’ reminds me of a bit George Carlin would do. Isn’t that redundant? Isn’t a result, the end of something? Oh, well.)

Each third Saturday of the month, unless otherwise indicated: Sisters in Crime, Cafe Diem, Ankeny

Chills Down Your Spine: https://amzn.to/2PwAyEY

Death of the Demon Machine: https://amzn.to/2Bbk8ch

The Light Won't Go Out: https://amzn.to/2DpuNSb